Cedarville, Missouri is only 1,400 people, or so said the 1980 census count. The local steel plant has since doubled in its number of employees, now having 1,000 people scattered between three shifts. Some people drive over twenty miles to work here. There is one bank, and most other businesses have sold out to Young’s Family and Home Center. Groceries, clothing, hardware, auto supplies, pharmacy, and lumber all at one location.

Still there are two farm supply stores, and a cattle sale barn north of town. Two auto repair shops, a few cafes, three taverns, one convenience store, two gas stations, a pizza parlor, and four small flower and gift shops. As I mentioned before, Cedarville is a small town with churches, and lots of rumors to keep the old ladies talking. There is a town square with park benches for the old folks to gather, gossip, and for the old men to play checkers. Back in 1984, a cute young blonde girl, going down to Young’s on her skateboard, would stop and spend time talking with the old guys. Her daily stops was something for the old guys to look forward to, looking older and filled out beyond her young age, she would discuss anything the old guys wanted to talk about.

Even the heating and A/C work is handled by people working from Young’s, who can finance whatever you may need. Need your house remodeled? Just call the lumber department at Young’s. They are the only sellers of real estate and insurance here in Cedarville. Hey, didn’t I say this is a small town? The only building in this town over two stories high is Young’s.

There is a private resort community up back of where the old school was. It’s rumored to have over 1,000 people living there, but The Hill as it’s known is outside the town’s city limits. Some say it’s owned by the Colombian government, it’s outside US jurisdiction. No one knows what goes on up there, except William Johnson, general manager of Cedarville Steel. He and Kare-Ann Young live up there as does Colonel Ted Sanders and his two wives. He’s the chairman of the Cedarville State Bank, and president of the company that owns the steel plant.

The Hill, has a PGA sanctioned golf course, armed guards, and is off-limits to the public. 1,400 acres of luxury and privacy, which serves as the Colombian Consulate General. PSL Holdings, LTD., Bogota, Colombia SA owns the steel plant, and two more in near-by towns. They also own the Advanced Aircraft Research and Development plant 12 miles north in Mtn. High. Once in a while, a UPS or FedEx driver will comment on what they witness when making deliveries at The Hill.

Cedarville State Bank is owned by Colonel Ted Sanders, who lives at The Hill with his two wives. Most everyone who lives at The Hill, are Colombian, they all drive expensive cars, and have lots of money to spend. The two wives, Colonels Jessica Sanders and Jodie Meyer are no exception, Jessie is seen at the Community of Christ church every Sunday with Ted. Jodie goes over to Mtn. High to the Catholic church with several of her SA friends.

The Sanders trio have lived here since their company bought the Steel Plants back in about 1970. Summer of 1981, the steel plant got a new General Manager, the CEO of PSL Holdings, William L. Johnson, moved here with his sexy lady friend. These two were teaching over at the university at Rolla, due to the fact there were no engineers skilled in their type of advanced engineering.

Kare-Ann Young is no push-over, she started visiting local Cedarville businesses her first Monday in town. Though she owned a business here, most people in this town had never met her in person. This sexy brunette owned two stores over at Mtn. High, one store in Simple City, one store at Marshland, one in Lebanon, one at St. Robert, one in Rolla. Four more stores scattered throughout south-central Missouri. This beauty knows how to dress to get people’s attention and has the education to make her businesses prosper.

Her beauty and business expertise has served her well, in buying up the competition. A buy-out came with an offer of continued employment, just running the business for her from her location. Since that first Sunday in 1981, she has attended the Community of Christ church with Willie Johnson.

Every Sunday at the end of services, she spends about one hour talking with a young blonde headed girl. Willie talks with the girl’s father; Gus Gore who is the third shift supervisor at the steel plant. Shelby has been jealous of this gorgeous older woman being with Willie, who she wants for her own someday. Though Kare-Ann knows how to manage this young girl, have her do modeling work for the weekly newspaper ads for her 12 stores. Then she wears the same clothes from the ads to school so they can be seen first-hand. Students, teachers, and parents look forward to these ads to see what she’ll wear next. Shelby is well known as a trend setter; she likes to show off her c-cup cuties with pierced nipples, since no other school age girls are that daring.

Some teachers say Shelby is too out-going, though she is the only hope for the Cedarville High track and field team. In the sixth grade, only twelve years old, she is the captain of the Junior Varsity cheerleaders, and she can do a 4-minute mile. This girl is causing rumors, sincethe high school athletic coach wants to put her on the High School track team. Parents are throwing a fit: “NO WAY! …she’s only 12 and in the sixth grade.”

Friday night parties at the Gore home, if you are NOT invited, do not show up! Susie Wilson, Shelby’s bestie and the bank president’s daughter, have been throwing parties every Friday night. Free soft drinks and eats, there is the twelve-person hot tub, and a large private back yard. If the temperature is colder, the back porch has drop-down curtains and an outdoor propane fireplace. Also, there is a large basement with games and movies. Every week, Marcella Gore gives the attendees her right way to do things talk, and there have been no problems.

Many of the parents are just happy to get their teenagers out of their hair until after midnight one night each week. 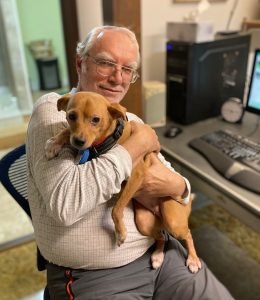 Has built websites since 1993, first using MS Frontpage, then html editors, for the last few years going exclusively to WordPress with Elementor Pro.