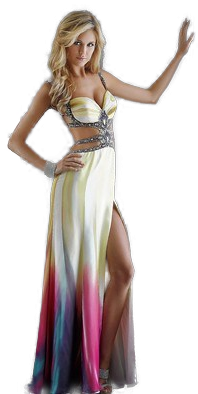 Does Atlantis Still EXIST? ...Where is It?

the Queen of Atlantis

I am the birth mother of Princes Shelbriana, I look pretty good for being over 1 billion in Earth years. My husband is Melchizedek, the First High Priest to the almighty God, Yahweh. We came to Earth in the year 15,000 BC from the planet Ex-Es in the GiaCon D.I.A. Galaxy. The year was 988 AD, when we signed the betrothal agreement with Michael Carter and his son for our daughter to marry Prince William.

It wasn’t until the year 1971 AD, September 28, that I gave birth to our first and only daughter, who we named Shelbriana LeAndres. To give birth is a rare privilege among our people, ours was the first baby ever to be born on Atlantis. Our beautiful baby girl had to be placed so she could grow up and develop her abilities to live in the upper world.

Since coming to this planet, we’ve overseen many construction projects. There was a paved in stone road from our upper-world land of Atlantis to the area now that is Cuba. Much of this civilization was covered by the Great Flood, and has stayed submerged. At that time this planet was warmer with no ice-caps, and much less water surface.

Now, there are only 10,000 permanent residents on Atlantis in its special dimension at the bottom of the Atlantic Ocean where we live in total peace.  Below, you can see a picture of how our world looked when it was part of the surface world before the Great Flood of approximately 7,200 years ago (5,200BC).

Shelby has grown to be as beautiful as her mother, having stopped aging at her age of 22 years; her birth date is September 28, 1971. Her parents are both over one billion years in age, veterans of the Universal War. Shelby is only 5′ 8″, while the mother Su-ZAlana stands 6′ 6″; Shelby’s father is Melchizedek who stands 7′. On July 9, 1988 Shelby at the age of 16, married Prince William, son of the archangel Michael, in a five-couple wedding extravaganza of family and friends. The celebration was consummated at the Tabernacle of the People in Salem, capital of Atlantis, with her father and William’s father being the priests. Learn Shelby and Willie’s story in the book: click here  “The Dreams of Shelby Gore“

To the left is a picture from early Atlantis, showing the Queen’s T-528 golden transport. This same craft she uses today to go to the Intergalactic Council meetings each month. Atlantis lays to the west of the ancient continent of Libya, today known as Africa. Today, Atlantis is in a dimensional world under a section of the Atlantic Ocean known as the Sargasso Sea. This area is also called the Bermuda Triangle, because of all the planes and ships that have vanished here. Many have been caught up in the frequent violent storms that plague this region. Islands in this area frequently have shipwrecks washed up on shore from many years ago.

To visit Atlantis today is a step back in time, no cars, people ride horses, or use the process known as mind-travel. No new structures have been added since the primary island relocated to the bottom of the Atlantic Ocean 7,200 BC. Most people who do travel there go to avail themselves of the educational opportunities at the University of Salem.

The University of Salem is one of the most advanced schools in Engineering and Advanced Technology. Many of the pilots commanding the T-132 transports (1/4 mile diameter), are graduates of this school.